A huge thank you to the wonderful people at Simon and Schuster for gifting me a copy of this book in exchange for an honest review.

A heart-swelling debut for fans of The Silver Linings Playbook and The Curious Incident of the Dog in the Night-Time.

Sometimes life isn’t as simple as heroes and villains.

For Zelda, a twenty-one-year-old Viking enthusiast who lives with her older brother, Gert, life is best lived with some basic rules:

1. A smile means “thank you for doing something small that I liked.”
2. Fist bumps and dabs = respect.
3. Strange people are not appreciated in her home.
4. Tomatoes must go in the middle of the sandwich and not get the bread wet.
5. Sometimes the most important things don’t fit on lists.

But when Zelda finds out that Gert has resorted to some questionable—and dangerous—methods to make enough money to keep them afloat, Zelda decides to launch her own quest. Her mission: to be legendary. It isn’t long before Zelda finds herself in a battle that tests the reach of her heroism, her love for her brother, and the depth of her Viking strength.

When We Were Vikings is an uplifting debut about an unlikely heroine whose journey will leave you wanting to embark on a quest of your own, because after all…

We are all legends of our own making.

What a fantastic, insightful and unforgettable read! I thoroughly enjoyed this. It had me feeling all types of feelings! A book that will challenge peoples thoughts and tackles taboo subjects with humility and grace!

When We Were Vikings is the story of Zelda, a woman born with Fetal Alcohol Syndrome, who lives with her older brother Gert, who is doing everything he can to try and keep them afloat, which includes some pretty shady dealings with some very shady people.

What made this whole book for me was Zelda. She had such a strong and unique voice, it made the whole thing really interesting to read! It was the first book I have ever read that was narrated from the perspective of someone with special needs and it was an absolute  pleasure to see such diversity in literature and have these characters portrayed as epic, strong and passionate individuals!

All the characters were very complex and real. There were times when certain characters were introduced and they would do things that made me physically uncomfortable. Zelda gets taken advantage of several times throughout and called some really horrible names, which I found particularly unsettling. But Zelda is unapologetically herself the whole way through, despite the obstacles she is faced with. Which is one of the many reasons I loved this! It really is a lesson in resilience and not being afraid to be oneself!

The plot was great. It covered a lot of intense issues such as poverty, drug abuse and sexual assault. It flowed nicely and I loved being inside Zelda’s head for the duration of the novel, she was honestly such a badass! It was such an interesting read, that really got me thinking! There were occasions that I think could have had a more emotional impact if they were done slightly different, but otherwise, this is a book I would definitely recommend everyone read.

Once again, a massive thank you to Simon and Schuster for sending me a copy this beautifully heartwarming story in exchange for an honest review! 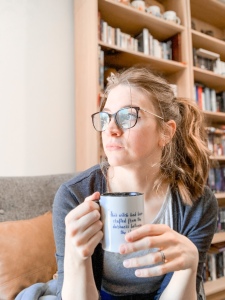